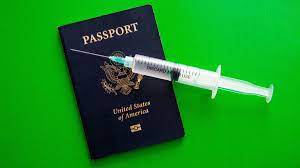 HARTFORD, CT (WFSB) – Connecticut is getting ready to roll out a digital vaccine health card.

Some call it a passport, but the governor says it’s not mandated by the state.

However, businesses can require proof of vaccination.

The app is called Smart Health. There is a contract with a company called Envision, which is being paid $60,000, to build a program and maintain it.

Republicans are critical, saying the contract was signed without legislative approval.

According to the governor, this falls under his authority in the executive branch and he’s given approval for this health card.

The smart card portion of it actually launched on Monday. People can head to the Department of Public Health’s website here to check their status and download the QR code.

He called it just another tool for them to keep their business and customers safe.

Lamont said earlier this month that he wanted to see the passports by the end of December.

Among their concerns was that the contract and its details weren’t made available until now.

“Getting information about the pandemic has not been very swift and while the governor can be nimble at issuing executive orders, they are not so nimble about providing the data that we want to see how our constituents are impacted,” Rep. Vinnie Candelora said.

“Which one is one is easier, having a digital record on your phone, because I carry this with me everywhere I go. It has photos of kids on it, it has access to my banking records on it, but also has my vaccine record or do I have to carry around this flimsy card?” Max Reiss, director of communications for Gov. Ned Lamont, says.

Pretty much everything on our phones is at risk for being hacked.

We use our phones for lots of things and now we can show our vaccine status.

“I would support it. If I went out to restaurants a lot, I would get it. I would jump on board,” Pat Caron of Andover says.

“You’ve got it there for whenever you need it. It’s very simple,” Josh Geballe with the state Department of Administrative Services noted.

“All information obtained by Envision under this contract shall become and remain property of the state of Connecticut…at no time shall any data or processes…be copied, disclosed, or retained by Envision or any party related to Envision.”

Spread the love
more
Spread the love
more
Previous Story[A-416] New York Legislation Provides for Indefinite Detention of Unvaccinated at Governor’s Whim.
Next StoryNew York State about to go full 1940’s Germany – Bills to be voted on January 6th for Gov to Imprison anyone she wants, forced vax for all!
--