Meta Doesn’t Own The Metaverse 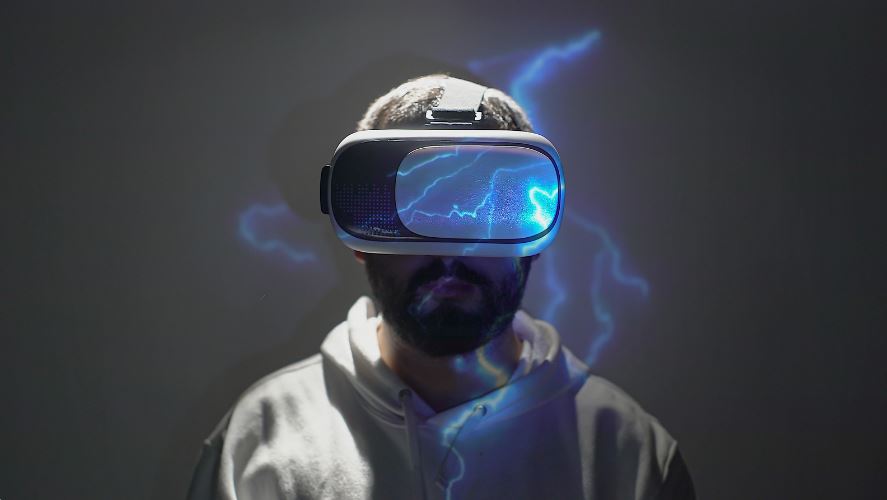 Meta is trying hard to saturate the VR headset market with their sell-at-cost Quest lineup. In doing so, they are positioning themselves as the gatekeepers of the metaverse, a virtual space that’s evolving from and with the internet.

Meta doesn’t own the metaverse.

Said more clearly, Facebook doesn’t own the metaverse. But before we dive into why they don’t own it—despite their massive PR campaign that might make people think otherwise—we have to define what we’re talking about. What is the metaverse?

It’s the evolution of the internet into a worldwide, virtual, 3D space where we can collaborate, convene, and create. Mark Zuckerberg has called it an “embodied internet.” It will be enabled by increasing bandwidth and the adoption of extended reality technologies, such as virtual and augmented reality headsets and glasses (XR, VR, AR).

The metaverse is a word from Neal Stephenson’s 1992 dystopian sci-fi Snow Crash, but is not the first reference to virtual worlds where people come together to meet and exchange value, information, and assets.

The idea of virtual worlds has been around for a long time.

First, in the form of text-based digital worlds called multi-user dungeons (MUDs) back in the 1970s; then evolving into multiplayer games with increased graphics capability and interoperability; and today as the massively multiplayer online (MMO) games we see across PCs and gaming consoles.

A central idea of the metaverse is that it will be a virtual “place” where people come together to exchange ideas and information and experience real-world events, games, or social activities in a fully virtually mediated space. Kind of like Ready Player One, but not just for gaming and entertainment. You can work there too, essentially taking your office or boardroom anywhere in the world.

A critical component of the metaverse is a sense of presence, like you’re really with someone when you’re talking to them, something that’s missing from your typical Zoom or FaceTime call on a smartphone.

“What virtual and augmented reality can do, and what the metaverse broadly is going to help people experience, is a sense of presence that I think is just much more natural in the way that we’re made to interact,” said Zuckerberg in an interview with The Verge. “And I think it will be more comfortable.”

It’s the digitization of human interaction, fundamentally, but ideally in a more natural fashion than how we use our smartphones. In the same interview, Zuckerberg mentions that nowadays we are “mediating our lives and our communication through these small, glowing rectangles” and that’s not normal for how we communicate naturally. In his own words, “one definition of this is that it’s about a time when immersive digital worlds become the primary way we live our lives and spend our time.”

In that respect, it could be a while before all who use the internet use it to do all things, despite Zuckerberg’s zeal. He’s admitted that it might take until the end of the decade to see this in its full display, no pun intended.

Which brings us to our next point—what’s Meta’s role in all of this?

With their recent rebranding from Facebook to Meta and $10 billion investment in the metaverse, it’d be easy to assume that they own it. Not quite. There are multiple “metaverses,” but for the sake of simplicity, let’s focus on Facebook’s history with VR and their broader intentions in this.

Zuckerberg sees VR and AR technologies succeeding the mobile internet and our smartphones, which is why Facebook bought Oculus for $3.5 billion in 2014. Multiple big-name companies have tried making and marketing their version of these headsets and glasses, whether it’s Alphabet’s Google Glass or Microsoft’s HoloLens. Even Apple has multiple patents alluding to their R&D in this space, which might very well annihilate the competition, considering their domination in mobile to this day.

So why would a social media company buy a VR manufacturer? Because they’re tired of being beholden to Apple and Android for access to their applications. The last 2 billion people that have joined Facebook’s 3.5 billion strong user base did so through a smartphone, one that Facebook doesn’t own.

Apple and Google have a strategic duopoly on smartphone applications with their device hegemony and the App and Play Store, respectively. People can access Facebook through their mobile browser if they wanted to, but not in the same way they would through an app. Apple and Google owning the means by which Facebook gets listed is a tremendous disadvantage.

This is no more clear than in the iOS 14 update that now asks Apple users if they want to allow “this app” to track them across other apps or not. The update limits the amount of data that can be collected through the phone’s Identifier for Advertisers (IDFA) number that can be used to measure the “effectiveness of advertising.”

This update is representative of the lack of control that Facebook has over its app on other companies’ operating systems. It’s a great example of Apple’s “walled garden,” a software strategy that keeps people using their products with few alternatives, and that’s exactly what Facebook wants to emulate.

Why be beholden to another company’s walled garden when you can build your own?

By buying Oculus,  Facebook decided that they want to own the hardware their services are accessed on. This offers countless opportunities to entangle users into the Facebook ecosystem. For example, to use a Quest headset you must have a Meta account, similar to Apple’s Apple ID. (which has changed from requiring a Facebook account.)

In the same way that Apple receives fees from businesses on their App Store, Meta would get a cut of all the transactions in their economies and stores. Integrating their other social apps, like Instagram and WhatsApp, would close the loop and keep people within this new walled garden.

It’s worth noting as well that VR headsets take in a substantial amount of biometric data about the user, including their environment, so the headset can orient itself. Should the same company that’s been embroiled in numerous data scandals have access to all of this? Better yet, do we want to obey Facebook’s terms and conditions to access a virtual space that is rightfully everyone’s?

The metaverse is ideally agnostic, open source, and decentralized. Not any one company or nations. How it ends up becoming and being something we all use daily is to be seen. Meta is playing a crucial role in the development and deployment of the metaverse, but knowing that it is not theirs is critical. We all have a role to play in its emergence, and a general awareness is the first step. 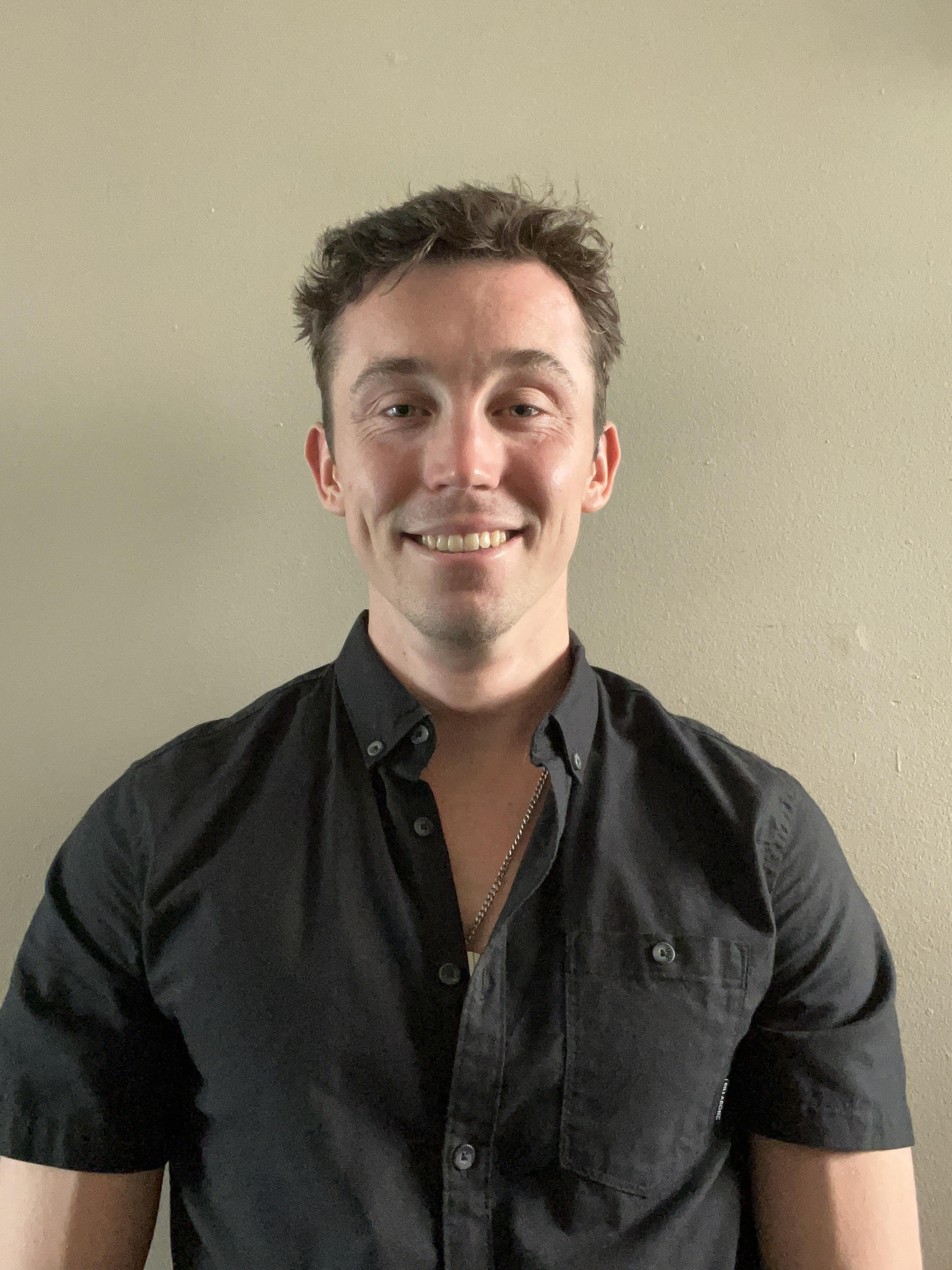 Benjamin Smith is a wellness coach and freelance writer specializing in futurism, technology, and human health and potential. He is the host of Arsenal on Air, a podcast that arms individuals with the information to lead healthy, productive, prosperous, and informed lives in the 21st century.

Spread the love
This DailyClout article is the writer’s opinion.
One of our country’s most important freedoms is that of free speech.
Agree with this essay? Disagree? Join the debate by writing to DailyClout HERE.
Spread the love
Previous StoryReport 39: Despite Incomplete Safety Trials, the Food and Drug Administration (FDA) Grants Full Approval to Pfizer-BioNTech’s COMIRNATY® for Adolescents 12-15 Years of Age
Next StoryThe solemn truth about medical oaths