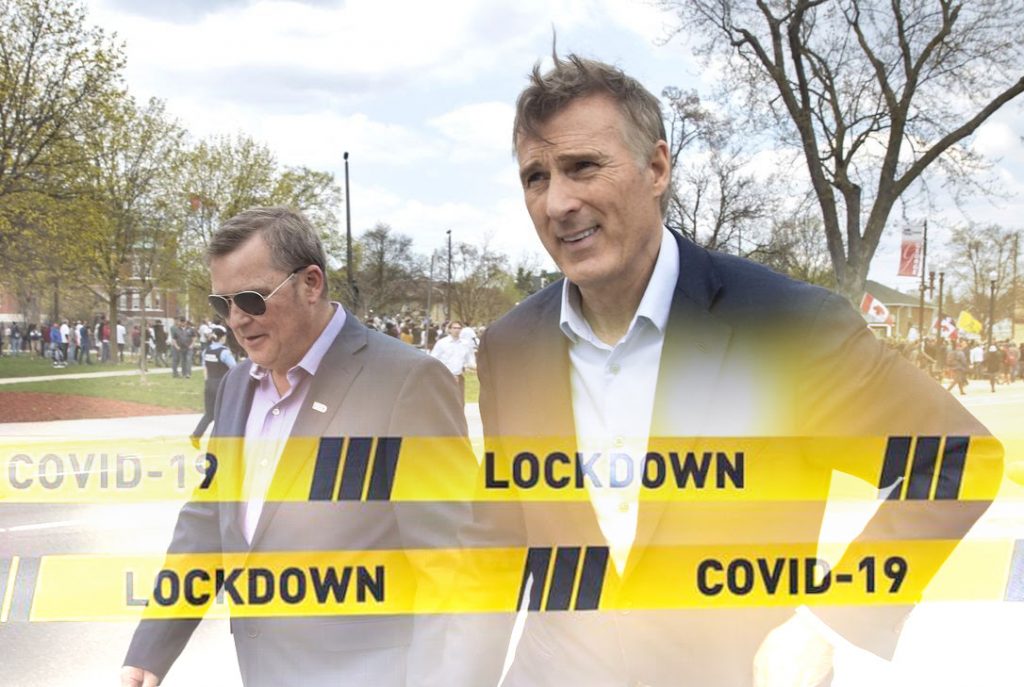 OUTLOOK, SK: The Justice Centre for Constitutional Freedoms is defending the leader of a federal political party and five other defendants today at a court hearing in Outlook, Saskatchewan. The trial of the Honourable Maxime Bernier, leader of the People’s Party of Canada (PPC) and seven others charged with attending an outdoor protest and political gathering in Milden, Saskatchewan, is being held at the Alliance Church at 500 Conquest Avenue West in Outlook, Sask.

On May 10, 2021, Mr. Bernier and several candidates of the Peoples’ Party of Canada held an outdoor protest and fundraiser in support of the Milden Hotel, run by Christine Brown, which had been shut down by the Saskatchewan Health Authority for allegedly not enforcing masking requirements.

The public health order in force at the time prohibited outdoor gatherings over ten persons.

RCMP from across Saskatchewan were mobilized to conduct surveillance on the outdoor event and enforce the public health order which arbitrarily set gathering limits. RCMP officers are expected to testify on Monday, April 25, 2022. The hearing is scheduled to run until Wednesday, April 27, 2022, and will then be continued from October 4-6, 2022, when the court will hear the testimony of the Saskatchewan Medical Health Officer and two expert witnesses called on behalf of Mr. Bernier and the other defendants.

There are currently 16 additional scheduled trials in which lawyers for the Justice Centre will be defending individuals charged for attending outdoor protests in Saskatchewan, all of which were protests against government Covid restrictions. Police did not issue tickets for those participating in other protests, including Black Lives Matter protests, which also violated the public health orders in place at the time.

Justice Centre lawyers have filed a constitutional challenge in the Saskatchewan Court of Queen’s Bench to the restriction on outdoor protests in Saskatchewan’s public health orders. The challenge will be argued in Saskatoon on June 29, 2022.

“The restrictions on outdoor protests to 10 persons were not justified when they were issued and the continued prosecution of those who attend anti-lockdown protests is even less justified,” states Marty Moore, Justice Centre lawyer.

“The public health establishment cannot point to a single Covid case transmitted at an outdoor protest in Saskatchewan, yet a massive amount of prosecutorial resources, court time and defence efforts are being expended to charge people who peacefully assembled outside,” continues Mr. Moore.

“The Crown has doubled down on these tickets and the government has refused to acknowledge the unconstitutionality of its restrictions on outdoor protests.”