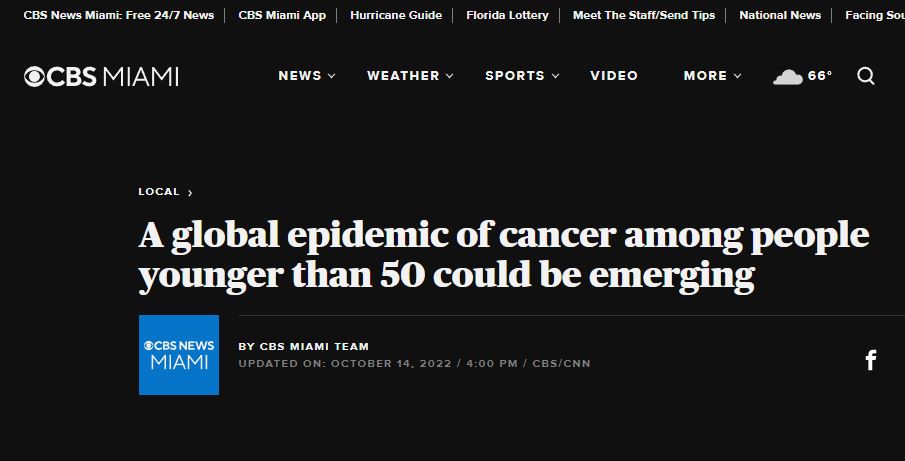 CNN –  Lana Dos Reis Nunes was 43 years old when she told her husband that she could feel something like a bubble in her abdomen when she lay on her side.

An ultrasound scan found spots on her liver, which led to blood tests and a colonoscopy.

“There was a tumor the size of your fist, and she had no pain and no problems with bowel movements or anything like that,” recalled Brendan Higgins, her husband, who works as an artist in New York City.

By the time doctors found it, Dos Reis Nunes’ colon cancer had spread.

It was stage 4, meaning it had reached other parts of her body.

The family was blindsided.

“She had a baby 15 months prior to her diagnosis, so she’d had a million blood tests, you know, care from doctors and sonograms … and there was no indication of anything, nothing whatsoever.”

When cancer strikes an adult under the age of 50, doctors call it an early-onset case.

These cancers at younger ages are becoming more common.