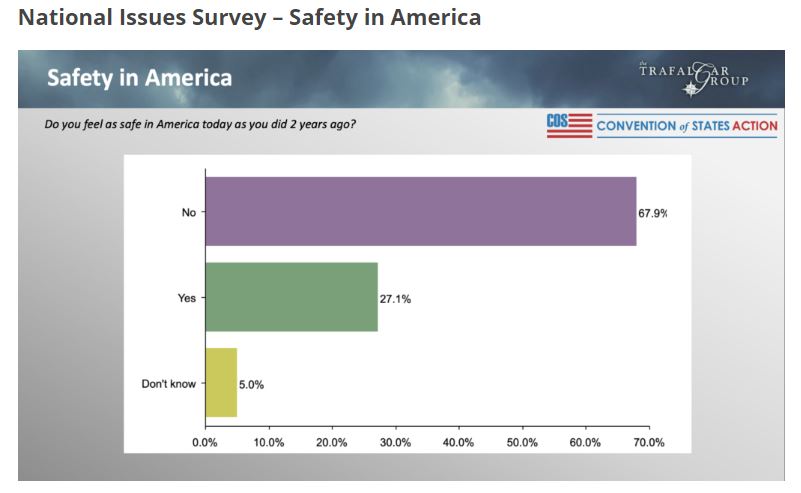 (Austin, TX—September 22, 2022) Convention of States Action, in partnership with The Trafalgar Group—one of America’s most accurate pollsters in 2016, 2018, 2020, and 2021—is releasing the results of a new national survey. Results were from surveys conducted September 17th through September 20th of over 1,000 likely 2022 election voters.

“On the heels of our polling revealing that the majority of Americans believe President Biden is dividing our country, we now see Americans also feel less safe today than they did just two short years ago. Biden and his party are using divisive rhetoric and advocating for pro-criminal policies, and we are seeing the results firsthand in our nation today,” said Mark Meckler, President of the Convention of States. “This isn’t a partisan issue, it’s just common sense. Americans support people who will uphold our laws and advocate for the safety and welfare of our citizens, rather than on behalf of criminals and lawbreakers doing harm to our families and communities.”

For complete details on the poll, including graphics, please visit:

KEY INSIGHT: 68 Percent of Voters Say They Do Not Feel as Safe in America Compared to Two Years Ago: