Justice Centre at Public Inquiry into Use of Emergencies Act 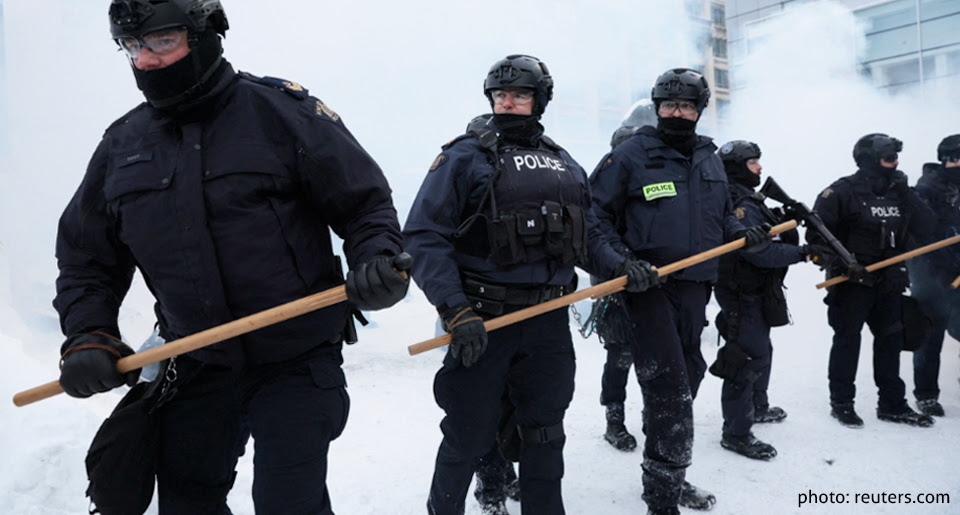 OTTAWA: The Justice Centre for Constitutional Freedoms is participating in the Public Order Emergency Commission’s hearings, which begin today and which investigate the Federal Government’s use of the Emergencies Act earlier this year.

The Commission is conducting an inquiry into the Government of Canada’s unprecedented use of emergency powers to suppress a political protest movement. A “freedom rights movement,” known as the Freedom Convoy, held demonstrations in Ottawa throughout January and February of 2022. Protesters gathered in front of Parliament to voice opposition to the federal government’s vaccination mandates.

The demonstration included parking trucks in the downtown core of Ottawa, honking horns, holding placards, a concert stage, and other peaceful forms of protest. Tens of thousands of Canadians attended, some sleeping in their vehicles, with others staying in hotels, rentals, and private homes. Many more participated by displaying flags, singing and dancing, providing food and fuel, and voicing support online.

On February 14, 2022, the Government of Canada declared a public order emergency under the Emergencies Act. It then implemented a number of extraordinary measures to suppress the protests, such as freezing personal bank accounts, designating restricted zones, prohibiting people from bringing food and fuel to the protesters, and even prohibiting people from going to Ottawa to join the protest. The police deployed horse mounted units, batons, bean bag rounds, and tear gas, and used kettling techniques to disperse peaceful demonstrators.

This was the first time in history that the Emergencies Act had been invoked. The Public Order Emergency Declaration remained in effect until February 23, 2022.

The Emergencies Act may only be invoked if the government has reasonable grounds to believe that a national emergency exists and that it cannot be quelled with other powers at its disposal. Justice Centre lawyer Jay Cameron said at the time that “…peaceful protesters who feed the homeless, shovel snow, pick up garbage, dance in the streets, play street hockey, wave Canadian flags, sing the national anthem and set up bouncy castles for children do not ‘seriously endanger the lives, health or safety of Canadians,’ nor are these peaceful activities ‘of such proportions or nature as to exceed the capacity or authority of a province to deal with it.’”

The Government of Canada has appointed the Honorable Justice Paul Rouleau of the Ontario Court of Appeal to lead the Public Order Emergency Commission.

The Justice Centre, along with the Democracy Fund and Citizens for Freedom, has “full participatory standing” at the Inquiry, which will include a seat at counsel table, the opportunity to make evidentiary, factual, and legal submissions, to submit policy papers, to suggest and cross-examine witnesses, and/or to participate in policy roundtables and deliberations. The Commission has announced that it expects to hear from 65 witnesses within the next six weeks.

“The use of the emergency powers to suppress political protest is a marked departure from the liberty that Canada is known for, and a serious infringement of Canadians’ fundamental Charter freedoms. The complete prohibition of peaceful protests in front of Parliament Hill, the seat of our democratic government, was unprecedented and unjustified,” states Justice Centre lawyer, Jorge Pineda. “The Inquiry is an opportunity to bring some measure of accountability to the government’s drastic decisions. We intend to demonstrate that the protest was peaceful, and not at all how the government and media has cynically portrayed it, and that law enforcement already had the legal tools needed to address any issues.”

Lawyers Rob Kittredge, Hatim Kheir, and James Manson will be representing the Justice Centre at the public hearings which run from October 13 to November 25, 2022. The hearings are public and are being livestreamed on the Commission’s website.