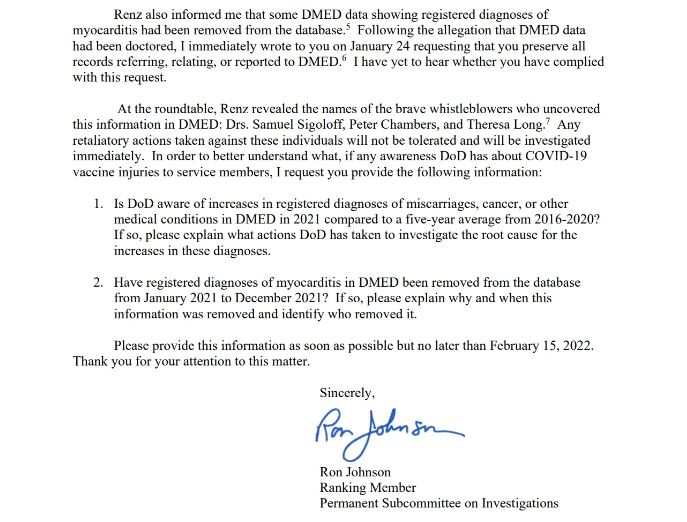 “Safety is our Passion”. That’s the slogan of the FAA, the institution that was created to ensure that aviation safety in the United States is the best in the world, and to create standards that other nations follow. What’s transpired in the last almost 3 years demonstrates that they no longer deserve to use that as their slogan.

Attorney Todd Callender put together a special event yesterday. In conjunction with the US Freedom Flyers, led by Josh Yoder, they invited everyone to join a Zoom call in which numerous whistleblowers, pilots, and aviation specialists spoke about their grave concerns regarding the Covid-19 vaccination program and the risk it poses to aviation and public safety. They introduced for the first time publicly a senior-level FAA whistleblower.

Senior Aviation Inspector McGray is a Safety Inspector at the FAA, and today is the day he’s speaking out publicly and becoming an official whistleblower, protected by the 1989 Whistleblower Protection Act, and the 2012 Whistleblower Protection Enhancement Act. He has over 50 years of military, commercial aviation, and FAA experience, and he’s putting out a call to other high-ranking officials to step forward and speak out. The FAA is not going to make the necessary moves in order to return to its original mission of public safety. That will only happen when citizens and officials in their own ranks force the agency to confront its ongoing mistakes.

On July 23, 2022, a sworn declaration was signed by the whistleblower that comprehensively listed and cited sources for dozens of serious concerns he has regarding the Covid-19 vaccines, the mandate, the outcomes that are appearing in real-time, and the tremendous impact it will have on the aviation industry. The declaration begins by detailing the concern he had as early as January 2020 when he noticed that China shut down domestic flights from Wuhan to other parts of China, but continued to keep international travel operational. He also noted that Mongolia seemed to have understood that there was a threat emerging, and they shut down all international travel. As a result, they had zero recorded Covid cases until Feb 2021, when the Covid vaccine was introduced into their population.

The declaration continues on to note that as soon as President Trump closed the border to Chinese travel, a wellspring of opposition rose up from the media and other politicians. Poor government decisions alongside an increasingly untrustworthy legacy media were both indicators of the failure of their flight safety policies and procedures. Specifically mentioned is the widespread confusion and hysteria over masks that pervaded government, media, airlines, hospitals, schools, and doctor’s offices, and how senseless it all seemed to him at the time.

At one point, the FAA made a huge blunder by putting out an obviously false statement. When almost all of the air traffic controllers in Jacksonville walked out on the job in protest of the vaccine mandates on Oct 3, 2021, the FAA falsely claimed to the public that the major disruptions in air travel were due to the weather. This was an open lie to anyone with a weather app on their phone.

In March 2020, the whistleblower learned that a few years before Covid hit, the US military had proven that Ivermectin and Hydroxychloroquine were highly effective against Corona infections. Simultaneously, multiple doctors in the US and abroad had discovered the same and were seeing success in using these easily accessible and cheap medications as early treatment for Covid. He pointed out that back in 2005, Dr. Fauci’s own NIH published a peer-reviewed scientific study that found HCQ an efficacious therapy for a variety of Coronaviruses.

The doctors who had done their own research were quite literally practicing medicine by effectively treating their patients with approved drugs. In contrast, the public advice of the CDC, FDA, NIH, and NIAID was to stay home and take Tylenol until hospitalization.

The actions of the governments – local, state, and federal – were alarming. New York is noted as an example where thousands of hospital beds sent by the White House lay empty, while the state shipped the infected elderly into nursing homes.

Despite a range of aviation professionals raising safety concerns to the FAA, they took no official position regarding the treatment of Covid, as late as Dec 2021. Instead of advising their pilots and flight crews on how to manage Covid symptoms and treat the virus, they kept quiet until it was time to roll out the EUA Covid-19 shots. Right off the bat that was a red alarm. According to the FAA’s own regulation guidelines, no pilot may take a drug until it’s been one year since full FDA approval. If they do, they don’t get medical approval to fly. Despite this rule, the government issued a blanket waiver for the Covid-19 shots without any documentary evidence and scientific studies.