Frankenstein Was the Foreshadowing 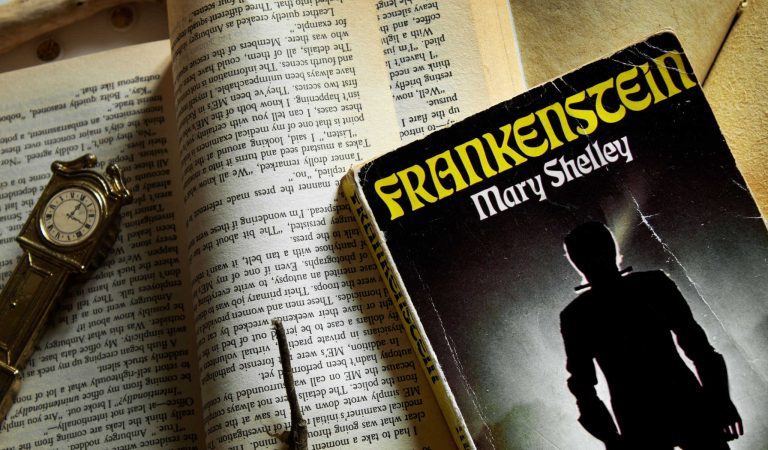 Two years before lockdowns, the world celebrated the 200th anniversary of Mary Shelley’s classic Frankenstein, about which a wonderful movie was released on the author’s life and thought. At the same time, there was a book and an exhibit at the Morgan Library, and growing controversies about the personal and political ethos that a generation of radicals meant to their times and bequeathed to ours.

This is the book that never stops giving, but there is more going on. The anniversary two years ago seems now like a foreshadowing of what happens when science goes wrong. She knew it back then: the grave dangers of intellectual pretense (thus anticipating F.A. Hayek) and the unanticipated social consequences of what Thomas Sowell would later call the unconstrained vision.

The monster created in the fictional laboratory — readers are always surprised that he is a sympathetic character, only lacking in all moral sense, like perhaps many we know too well now — anticipates the unfolding of politico-technological history as it developed from the late 19th century through the 20th. This came to be perfected in 2020 when the innovations we rely on – social media, Big Data, personal tracking, wide availability of medical services, even vaccines – came back to destroy other features of life we value, like liberty, privacy, property, and even faith.

The long fascination with Shelley’s work is related to her intellectual pedigree. She was, after all, the daughter of one of two of the mightiest minds of the 18th century, William Godwin and Mary Wollstonecraft, thinkers who took the Enlightenment project into new frontiers of human liberation. Mary herself ran off with and eventually married the troubled but erudite Percy Shelley, found herself embroiled in an awkward relationship with Lord Byron, and experienced the terrible tragedy of losing three children while experiencing both cruel shunning and great acclaim.

Her thinking and her life were the product of late Enlightenment thought, infused by both its best (Humean) aspects and its worst (Rousseauian) excesses. Her lasting contribution was as a corrective, affirming the freedom to create as the driving force of progress, while warning against the wrong means and the wrong motivations that could turn that freedom to despotism. Indeed, some scholars observe that her politics late in life were more Burkean than Godwinian.

Her enduring contribution is her 1818 book, which created two enduring archetypes, the mad scientist and the monster he creates, and still taps into cultural anxiety concerning the intentions vs. the reality of scientific creation. There is a good reason for this anxiety, as our times show us.

She wrote during a period — it was a glorious one — when the intellectual class had a justified expectation that dramatic changes were coming to civilization. Medical science was improving. Disease would be controlled. Populations were on the move from the country to the city. The steamship was vastly increasing the pace of travel and making international trade more resource-efficient.

She was surrounded by the early evidence of invention. The beautiful movie about her life recreates the ethos, the confidence in the future of freedom, the sense that something marvelous was coming. She attends a kind of magic show with Percy at which a showman and scientist uses electricity to cause a dead frog to move its legs, which suggests to her the possibility of giving life to the dead. Thus did her first work explore the eternal human fascination with the possibility of immortality via science, controlling our world in ways that had never previously been possible.

The point here is not that science is bad or inherently dangerous, but rather that it can result in unanticipated horrors when its deployment is tainted by the aspirations of power.

As Paul Cantor puts it in his introduction to a edition of Frankenstein:

“Mary Shelley gives a gnostic twist to her creation myth: in her version the creation becomes identified with the fall. Frankenstein does God’s work, creating a man, but he has the devil’s motives: pride and the will to power. He is himself a rebel, rejecting divine prohibitions and, like Satan, aspiring to become a god himself. But Victor’s act of rebellion is to create a man, and what he seeks out of creation is the glory of ruling over a new race of beings. Mary Shelley thus achieves a daring compression of Milton’s story. Frankenstein retells Paradise Lost as if the being who fell from heaven and the being who created the world of man were one and the same.”

What much of the modern scholarship about Mary Shelley is revealing concerns how much her work was informed by her own experiences. She married for love but found herself in a relationship defined by betrayal, neglect, anxiety, and instability. She bore children but was emotionally torn apart by their early deaths. The irrevocability of morality (dust to dust) consumed her thoughts. Her social circle was filled with people who loved humanity but couldn’t manage even the modicum of decency with respect to their personal relationships.

All of these themes figure into the creation of her great work. It was as original as a horror novel can be, the story of a new human created in the laboratory barren of a moral sense who is nonetheless sympathetic even though he is responsible for ghastly death and destruction.

And so we look for later analogies to the monsters created by intellectuals later in history.

What were the monster’s analogies that came later? Before 2020, my top candidates include terrible experiences that were hatched by academic elites who were sure they were doing the right thing. The Communist Manifesto appeared in print half a century later – a blueprint for a new laboratory creation of as a human being detached from any affection for property, family, or faith.

Two decades later, eugenics became all the rage, and hatched decades of experimentation with sterilization, regulation, segregation, and state control. The ambition to bring democracy to the world by force resulted in this new thing called total war in which the civilian population was drafted to be killers and fodder to be killed. The interwar period launched nationalism and fascism as political experiments in making mad scientists into dictators who treated subject populations as lab rats, corralling, quarantining, and finally killing them.

Even following the Second World War, elite intellectuals were still busy concocting schemes for perfect social and economic functioning that produced results very different from what they imagined. Consider the Bretton Woods conference of 1944. The hope was for perfect mastery of the global monetary system, with a world bank, a new world currency, a clearing system managed by industrial and academic elites, and a lending facility that would enable the world to want for nothing.

The actual results took decades to arrive but resulted in enormous bureaucracies that do nothing, vast expenses of resources that might have gone to building prosperity but that instead tightened ruling class control, and hyperinflation that destabilized economic and political life. It couldn’t last.

And today we live amidst new creations that we know from experience turned very different from how they are envisioned: lockdowns, closures, masks, distancing, capacity limits, vaccines, vaccine mandates, and a host of other preposterous things and practices (plexiglass anyone?) that came to mark our time, all promoted as the approved science by major media.

“I was surprised that among so many men of genius who had directed their inquiries towards the same science, that I alone should be reserved to discover so astonishing a secret,” writes Dr. Frankenstein. “After days and nights of incredible labor and fatigue, I succeeded in discovering the cause of generation and life; nay, more, I became myself capable of bestowing animation upon lifeless matter.”

“I asked myself, ‘Why didn’t these epidemiologists figure it out?’,” said Robert Glass, inventor of social distancing and lockdowns. “They didn’t figure it out because they didn’t have tools that were focused on the problem. They had tools to understand the movement of infectious diseases without the purpose of trying to stop them.”

We keep doing this, gathering the raw material, going back to the lab, hooking up the idea to the power source, throwing the switch, and experiencing shock and regret at the results. Our modern monsters aren’t isolated threats; they are killing freedom the world over.

Two hundred two years later, Mary Shelley’s horrifying tale of the unconstrained vision continues to speak to us. It should also serve as a permanent warning.

Jeffrey A. Tucker, Founder and President of the Brownstone Institute, is an economist and author. He has written 10 books, including Liberty or Lockdown, and thousands of articles in the scholarly and popular press. He writes a daily column on economics at The Epoch Times, and speaks widely on topics of economics, technology, social philosophy, and culture.