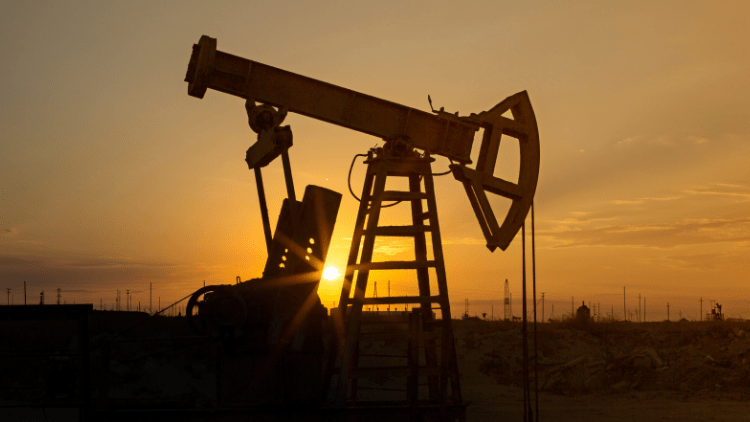 Biden said, “we’re going to get rid of fossil fuels”, but American’s demands for virtually all the products that support their lifestyles resulted in fossil fuels production reaching Record Highs.

Civilization has benefited from more than 6,000 products made from the oil derivatives manufactured out of raw crude oil at refineries. None of these products were available to society before 1900. With no known replacement for crude oil in the foreseeable future, President Biden has stated “we are going to get rid of fossil fuels” implying that he is going to change society’s lifestyle and economy demands for the products made from fossil fuels that were not available before 1900.

The public has demonstrated that they are not going to be mandated and regulated away from using the products essential to maintaining their basic standard of living and keeping the prices for thousands of everyday goods and services low as it would reverse most of the progress humanity has made over the last century. Those products made from fossil fuels and the inventions of the automobile, airplane, and the use of petroleum in the early 1900’s led us into the Industrial Revolution and victories in World Wars I and II.

President Biden appears to be disconnected from most Americans, as he must be oblivious to his own Environmental Information Agency’s (EIA) Jan 11, 2022, report that US Fossil Fuels Production to Reach Record Highs in 2023.  Biden may be sabotaging the American economy with shortages and inflation in the name of unattainable climate targets and may go down in history as causing the continent to be homage to China for the materials to go green, and to Russia and OPEC for crude oil.

His continuous use of executive orders, regulations, and policies to alter the social demands of society for Americans to live without reliable and affordable power supplies – supplies critical to peace, prosperity and the survival of Western civilization, and the products and infrastructures made possible from fossil fuels is not working. The shortages and inflation upon society with his tinkering of the supply chain of fossil fuels is not working as shown by his own EIA agency.

Under the Biden multiple restrictions on domestic oil production and climate plan, America will be discouraging U.S. energy independence, starting with tightening restrictions on fossil fuel development by suspending Federal Oil and Gas Permits, encouraging the shuttering, and halting of further fracking efforts in America, and the cancellation of the Keystone XL pipeline.

To reduce civilization’s demands for fossil fuels will require significant social changes to reduce the need for so many products, reduce flights, and reduce the need for so those products to be moved around the world. Only by reducing the demand, can we reduce the supply. There is no need whatsoever for the supply of fossil fuels if it were not for the demands of society, but the public remains unwilling to be mandated and regulated into an inferior lifestyle

Just changing vehicles from fossil fuel energy to electrical energy, i.e., electric vehicles or EV’s, is a significant change, but in perspective, just a minute social change, as the world will still need to implement significant demand reductions of the thousands of products from crude oil, and the fuels for airlines and merchant ships from the other half of the barrel of crude oil. Kneecapping abundant U.S. crude oil production is next-level stupidity from whoever is advising the President.

The cancellation of the Keystone XL pipeline increased world emissions, and costs to Americans, as that Canadian crude oil is now being transported to the West coast where it is then shipped hallway around the world to China. After China manufacturers the crude oil into usable products, in a country will significantly less environmental controls that America, those products are then shipped back to America via air polluting ships to West Coast ports, for American consumption.

The domino effect of tinkering with the supply chain of fossil fuels is supply shortages and soaring prices for not only electricity, but for the thousands of products that support the entire medical industry, all branches of the military, airports, electronics, communications, merchant ships, container ships, and cruise liners, as well as asphalt for roads, and fertilizers to help feed the world.

Who knows, but efforts to cease the use of crude oil would be the greatest threat to civilization, not climate change. It would result in billions of fatalities from disease, malnutrition, and weather-related deaths. Imagine the cold, misery, and loss of life under a scenario where cities attempt to generate 100 percent of their electricity from breezes and sunshine.

Indeed, the primary usage of crude oil is NOT for the generation of electricity, but to manufacture derivatives and fuels which are the ingredients of everything needed by our economies and lifestyles to exist and prosper. Energy realism requires that the legislators, policymakers, and media, most of whom demonstrate a pervasive ignorance about crude oil usage, start to understand the staggering scale of the decarbonization movement.

Skyrocketing costs of electricity due to the intermittent generation from breezes and sunshine inflict massive damage on the less fortunate as an unwanted regressive expense. In addition, Biden’s “green want-to-be” government remains oblivious to United Nations warnings about the negative consequences of the demand for exotic minerals and metals for wind, solar, and EV batteries that includes worldwide ecological degradation and atrocious human rights abuses.

Depriving its citizens of the more than 6,000 products that were non-existent before 1900, made from the oil derivatives manufactured from crude oil, as President Biden is planning to do, is evil and immoral as extreme shortages and further inflation will result in fatalities from diseases, malnutrition, and weather-related deaths.

The call to action is for President Biden to attain some energy literacy before he does irreparable harm to the U.S economy and the nations’ national security for energy.