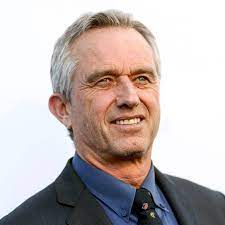 New Yorkers From Across the Political Spectrum Packed Times Square

NEW YORK, NY—OCT. 25, 2021—In what’s been dubbed the Broadway Rally, thousands filled Times Square on Saturday, October 16, to protest vaccine mandates issued by the Biden administration. United under the banner of freedom, equality, and human rights, the crowd—from all walks of life and political affiliations—challenged stereotypes, labels and misconceptions surrounding who the advocates of informed consent are. The speakers’ lineup, which included Rev. Kevin McCall of Black Lives Matter, women’s health pioneer Dr. Christiane Northrup, pediatrician Dr. Larry Palevsky, Children’s Health Defense (CHD) President Mary Holland, and CHD Chairman and Chief Legal Counsel Robert F. Kennedy, Jr., all took center stage amidst crowds of cheering, transpartisan supporters. “It is ordinary people who can rescue us from tyranny,” said Mr Kennedy. “By calling on our moral courage, we can stop this march towards a global police state.”

The message of the speakers as a whole: we must stand together to uphold the rights of all Americans to make their own healthcare decisions, especially amidst Draconian mandates.

The rally took place as thousands within New York’s healthcare industry, educational institutions, and private sector, have found themselves unemployed after public-private entities mandated vaccines as a condition of employment—in addition to mandates as a condition of access for essential services.

Efforts to demonize informed consent while censoring news and social media content continue to escalate as many in the legacy media/big tech oligarchy seek to engineer public acceptance of mandates, and appease special interest dollars. However, those attempts are now backfiring, as individuals report feeling silenced by these institutions. As this new collective clamours to be represented by media they feel are trustworthy, new platforms are arising to meet the demand for a decentralized ideas marketplace—in the process, uniting unlikely allies from across the political spectrum.

As CHD President Mary Holland remarked at the rally, “We are winning!”

As he reminded the crowd of tragic incidents such as the Tuskegee Experiment, forced sterilizations, and the ongoing opioid crisis, Rev. McCall, a respected civil rights leader, said that we can no longer allow informed consent to be stolen and violated. “We must stand united against this mandate,” remarked McCall. “This is not about black or white, or left versus right, this is about what is wrong and what is right. We resisted during the George Floyd movement, and we will resist this mandate.”

CHD has vowed to be an integral part of the new political landscape, and is dedicated to amassing continued widespread support for health freedom, individual rights and for ending vaccine mandates. CHD is planning to take part in a nationwide shut-down on Wednesday, Nov 3rd, as people around the globe rally for “My Body, My Choice,” opposing governments’ injections against their will. Details on this peaceful resistance are forthcoming at childrenshealthdefense.org