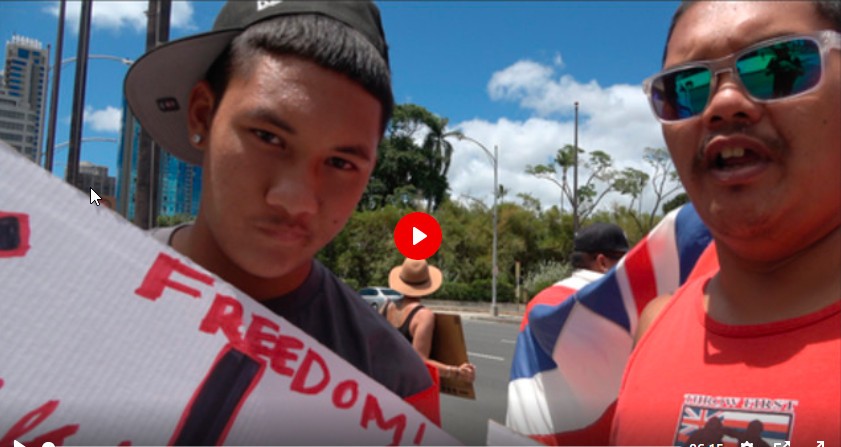 August 9, 2021. Days after CCP controlled puppet governor Ige announced a vaccine mandate for Hawaii student athletes, some parents were forced to think about sending their kids to stay with relatives on the mainland where they could play football without being coerced to take the experimental and sometimes deadly MNRA injection. Some parents claim that they have friends and family that have already moved as a consequence of Ige’s declaration of war on our kid’s health. Lots of respect and thanks to these good folks who were willing to testify to this injustice on camera. Location: The Hawaii State Capitol in Honolulu, Hawaii.