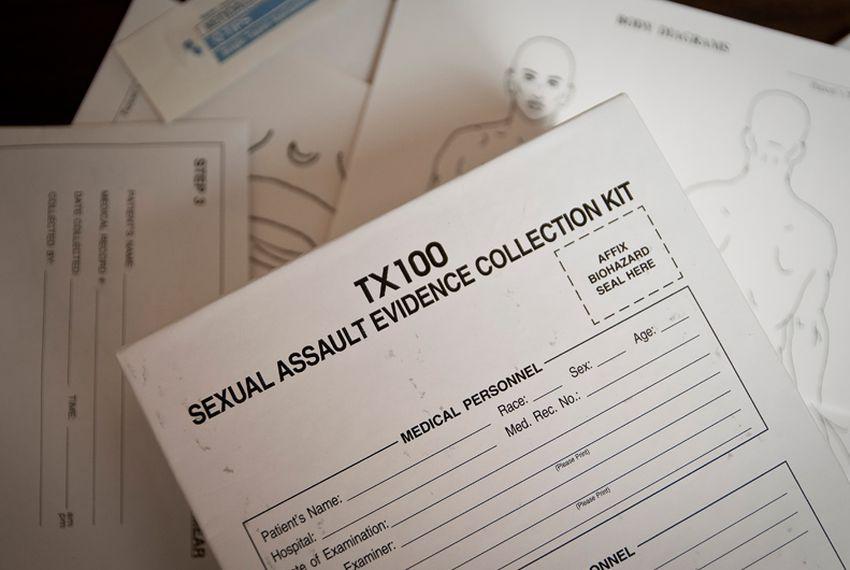 Rape kits are an essential tool to ensure justice for survivors of sexual assault. Years ago, it became a hot topic during a presidential election, only to find out that this was a widespread problem. When FFL President Serrin Foster looked into it, insurance brokers told her it was the norm. But there appeared to be a push for change.

So you can imagine our shock and disgust that some states STILL appear to treat rape kits as a second-tier priority. In Texas, rape kits are actually being crowdfunded by allowing Texans to donate to a state account when they renew their driver’s licenses. Texas has a backlog of more than 3,500 untested rape kits, and each kit costs between $500 and $2,000 to test.

“It’s great that people are donating in Texas to get rape kits tested, but it shouldn’t be up to crowdfunding or donations during driver’s license renewals. This isn’t about funding a community park. This is rape,” Foster said. “And victims of serious crimes deserve to have the evidence tested and kept until the perpetrator is arrested.”

The state attorney general found that approximately one-third of law-enforcement agencies destroyed evidence before the Department of Justice-recommended period of 20 years. “If they aren’t going to do anything with the evidence, what is the point of having a rape victim suffer through a humiliating, invasive procedure, including photographic evidence in front of a police officer as well as medical staff?” Foster asked. “And can you imagine the frustration of the police officer who does everything possible to help ID the perpetrator, only to let the evidence go unexamined or destroyed, knowing the rapist could go on to assault others?”

“Words fail me,” McCauley-Benner said upon learning that some hospitals don’t know how long to retain a rape kit after testing or even where to send it.

“This sends a message that victims are meaningless and not a priority. And we wonder why many victims see no point in coming forward. It’s not taken seriously, and I think it’s even more cruel to do the rape kit itself and then just let it sit or destroy it. You make her relive the horror then, in effect, say, ‘Sorry, never mind. We won’t get to that anyway.'”

McCauley-Benner finds crowdsourcing equally appalling: “Asking for donations is used for unique situations beyond one’s control, NOT for evidence in criminal justice cases. Women shouldn’t have to hold a bake sale to get justice,” McCauley-Benner concluded. “We really deserve better than that!”

According to End the Backlog, there are likely hundreds of thousands of rape kits nationwide that have yet to be tested, and over 225,000 untested rape kits have been uncovered thus far.

“THIS is criminal,” Foster said.

End the Backlog is a program of the Joyful Heart Foundation, the national nonprofit organization founded by actor and activist Mariska Hargitay.

Contact your state legislator today and urge her or him to support FULL funding and testing of ALL rape kits. Check out this map to see if your state measures up. Women — and men — who have been sexually assaulted deserve better.