Essays on Liberty: Are Gun Owners Fanatics — or Patriots? 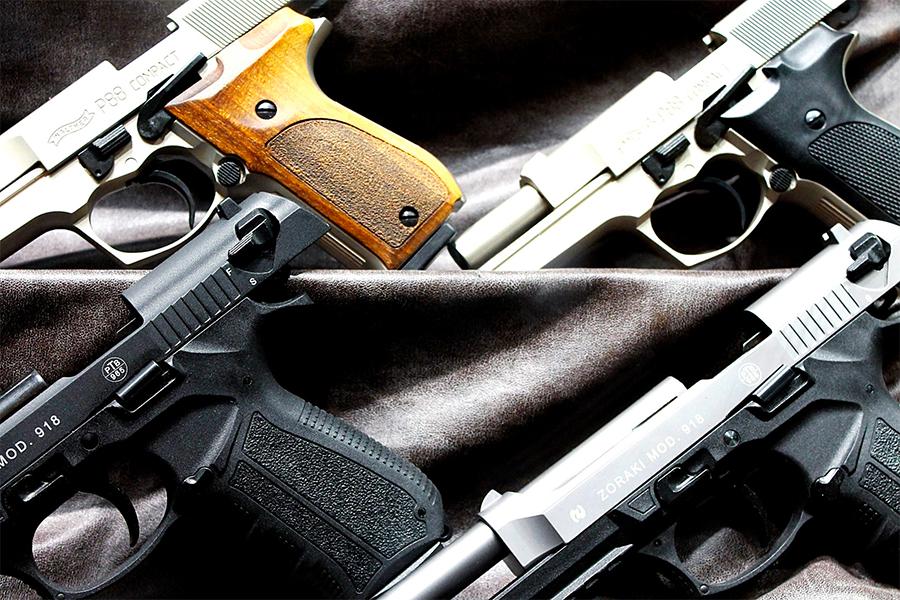 Is the Bill of Rights indeed obsolete?

In a striking Op-Ed last week, former Supreme Court Justice John Paul Stevens said how inspiring it was for him to see young people advocating for gun control and school safety. He declared that the Second Amendment is obsolete and that it should be repealed.

Was this a bracing update of an outmoded document — or a dangerous call to abdicate our basic freedoms?

Most of us, across party lines, agree that a free society depends upon freedom of speech. From this one foundation flows all of our freedoms. But what critics of gun ownership rights in this heated time often forget is that the Second Amendment gives us the power to defend the First Amendment.

Many students are rising up to restrict gun ownership rights, and oppose the Second Amendment. Those students who are so ready to wave basic rights may not have the education to understand what it is that they are suggesting.

We live in an aberrant bubble of complacency in which high school students are seldom taught the Constitution. The Parkland students and their allies, as idealistic as they may be, show their ignorance of the Bill of Rights. The Second Amendment is not about hunting, though student leaders often make that mistake. It’s not about “allowing” gun enthusiasts to keep guns for target practice. The left often takes aim at the practice of gun ownership and casts gun owners as bloodthirsty gun fanatics, and completely misunderstands why gun owners do not want to give up their guns.

The Second Amendment isn’t about hunting or target practice, but about a basic ideal: it’s about freedom. Think it through: if progressives and the students get their way, only Trump and the police and criminals will have guns. Is that what they really want? Or wouldn’t such a society be even more dangerous?

Allowing only the select few, chosen by the State, to own guns, would be contrary to the intentions of the Founding Fathers. Throughout history, every free society has recognized the citizen’s right to bear arms, and every tyrant has tried to ban them. Even the Roman code of laws protected a Roman’s right to arm himself for self-defense: the reason was “liberam resistendi cunctistribuimus facultatem” – the freedom to resist all assaults. The English Bill of Rights of 1689 established that Protestants may have arms for their defense. In Switzerland, a peaceful, free society, with a gun culture and gun laws similar to those of the US, some citizens tried to pass a referendum in February 2011 for a national gun registry and the requirement that firearms owned by members of the military be stored in public arsenals. It was easily defeated.

So history shows that it is not gun ownership per se that makes a nation violent. In fact, no matter what weapon we seek to regulate or ban, the weapon itself is not the problem. Just this February the London murder rate was higher than New York’s for the first time ever. What are they using? Knives. And yes, England has “knife control” laws as well as advocates for more knife control. (http://www.dailymail.co.uk/news/article-5566689/London-murder-rate-overtakes-New-York-time-including-11-killings-just-16-days.html#ixzz5BdbhGnov)

History also shows that tyrants who wish to subjugate their people, always restrict people’s right to bear arms. During the past century, tyrant after tyrant oppressed and murdered his own people. Stalin, Hitler, Pol Pot and Mao Zedong all killed a combined total of nearly 100 million human beings. In Venezuela, a country careening toward totalitarianism, Hugo Chavez banned private ownership of firearms in 2012, right around the time he got “enabling” acts passed that gave him extraconstitutional powers, including the ability to remain President for life. And at home, we see that violence does not depend on guns.The worst school killing was actually in Bath, Michigan, in 1927, when a disgruntled taxpayer rigged explosives and blew up the school, killing 44 students and teachers. People intent on violence will find a gun (or any other device) by legal or illegal means. So students’ certainty that confiscating citizens’ guns would solve the problem of violence, is unfounded.

Justice Stevens would have us ignore those facts and believe that in the 200 years since our founding, human nature has changed, and that thus the freedoms protected under the Constitution are now obsolete. This naive view that people change that much, is no more valid now than it was when Sir Thomas More wrote Utopia or Karl Marx imagined collective ownership of property. The genius of the Constitution with its checks and balances is its recognition of human nature and its failings, rather that its attempting to change human nature.

The drafters of the Constitution were influenced by Enlightenment philosopher John Locke. Locke wrote that “self-defense is a part of the law of nature, nor can it be denied the community, even against the king himself…” Indeed, the very words used by Locke (and the equally influential Thomas Hobbes) were the familiar “inalienable” rights cited in the Declaration of Independence.

The right of free speech, the right to defend oneself, the right to go freely about one’s business without harassment, the right freely to associate, and the right to private property and due process, were all considered so obvious that many during the ratification process of the Constitution thought them unnecessary to enumerate. However, Patrick Henry and others insisted that those rights, so obvious to all at the time as to be self-evident, should be explicitly listed so that there could be no ambiguity.

Justice Stevens argues that there was concern for independence of the states in the face of a possible Federal military. Modern ears mis-hear what the word “militia” meant in 1787: that every household, as a matter of course, had a gun for a variety of reasons, and that those households might also, on occasion, be called upon to organize for the common defense in a well-regulated militia.

Arguments for gun control, even in this hot-button time when all sympathy should be extended for all those caught in tragedy, must be nonetheless rejected — as overly emotional and also, intellectually dishonest.

In a free society the social contract is not just among the elite, but between each individual citizen who exercises his or her collective legal and right to defy the excesses of government, and to ensure his or her own armed self-defense. This right also means that in a truly free society there is always a risk of danger (as we have seen, there is even greater risk in a closed society). But that risk of danger is also the cost of freedom.

Spread the love
Spread the love
Previous StoryHUGE APPROPRIATIONS BILL: EXTRA $65.2 BILLION TO GLOBAL WAR ON TERROR; MORE $$$ FOR FOSSIL FUELS; NONE FOR CLIMATE CHANGE ACCORD
Next StoryIs It Time To End The War on Drugs? Senator Cory Booker Thinks So.