EQUAL RIGHTS AMENDMENT IN THE COURTS IN 2020: AFFIRMING WOMEN’S CONSTITUTIONAL EQUALITY, AND THE RIGHT OF THE PEOPLE TO CHANGE *THEIR* CONSTITUTION, ONCE AND FOR ALL

Equal rights for women in America are the focus of a very important lawsuit in Massachusetts federal court – and it’s going on right now. Women have been fighting for the Equal Rights Amendment for more than a hundred years. A brief was recently filed in support of women’s equality (http://equalmeansequal.org/blog/eme-responds-trump-administrations-effort-kill-era/). Please read, and learn how you can help at equalmeansequal.org. If your organization wants to sign an amicus brief in support of our case, please send an email to info@equalmeansequal.org.

On January 27, 2020, Virginia became the last necessary state to ratify the Equal Rights Amendment to the U.S. Constitution. (ERA). The ERA states “Equality of rights under the law shall not be denied or abridged by the United States or by any state on account of sex.”

The U.S. Constitution dictates the process by which it may be amended. Article V provides that amendments become law when the Congress votes to propose an amendment, and three-fourths of the states agree to ratify it.

Congress proposed the ERA in 1972, and Virginia became the last of three-fourths of the states to ratify earlier this year, but the Trump administration refused to add it to the Constitution, and declared the ERA invalid.

Led by the group Equal Means Equal, women filed a federal lawsuit in Massachusetts, asking the court to overrule the Trump administration and add the ERA to the U.S. Constitution.

Not surprisingly, the Trump administration filed a motion to dismiss, insisting that the ERA is not valid because a congressionally-imposed ratification deadline expired in 1982. Women’s groups responded this week, explaining that the ERA is valid because the people, though the States, have declared it to be so, and that Congress (the National Government) had no authority to impose a deadline on the States.

This case is unprecedented and could lead the way to constitutional equality for women in America for the first time in history.  Women were expressly denied equality, and, significantly, equal protection of the law, in the late 1800s when the Fourteenth Amendment to the U.S. Constitution was adopted. The Supreme Court ruled that this Amendment only gave equality to black men, not women of any kind. Women immediately fought back, eventually winning the right to vote in 1920, but never achieving even basic recognition as “persons” under the Fourteenth Amendment until 1971, when the Supreme Court declared they would be covered by the Fourteenth Amendment, but only under very weak legal standards. This meant that when laws discriminated against women, and women went to court to overturn them, they would usually lose because the courts were required to review the laws under useless legal standards.

Women finally persuaded Congress to propose the ERA in 1972, and when it was sent to the States, many ratified very quickly, but by the time the congressionally-imposed deadline expired in 1982, we were three states shy of the thirty-eight states we needed to add the ERA to the Constitution. Many women gave up after 1982.

But then in 1992, the Twenty-Seventh Amendment was added to the Constitution, some 203 years after it was proposed by Congress. Women were outraged. How could the Twenty-Seventh Amendment, which protects congressional pay raises, get 203 years while something far more fundamental to American Democracy, basic equality for women, be given only ten years? Women fought back.

Then in 2012, the Archivist of the United States, whose job it is to publish amendments when they become law, issued a public statement declaring that he would publish the ERA if thirty-eight states ratified it, despite the deadline.

Realizing they needed only three more states to ratify, advocates worked very hard and they prevailed in Nevada in 2017, Illinois in 2018 and Virginia in 2020. They were elated – until the Archivist changed his position, declared the ERA invalid, and refused to publish it.

Women’s groups went straight to court, where we accuse the Archivist of causing catastrophic legal injury to all persons protected by the ERA, including men and LGBTQ+ persons. We are asking the court to declare the ERA valid, and order that it immediately be added to the U.S Constitution as the Twenty-Eighth Amendment.

The legal work is being done for free, but there are other ways to help. For example, you can sign onto an amicus brief. Please join us in this historic fight. Learn more at equalmeansequal.org. 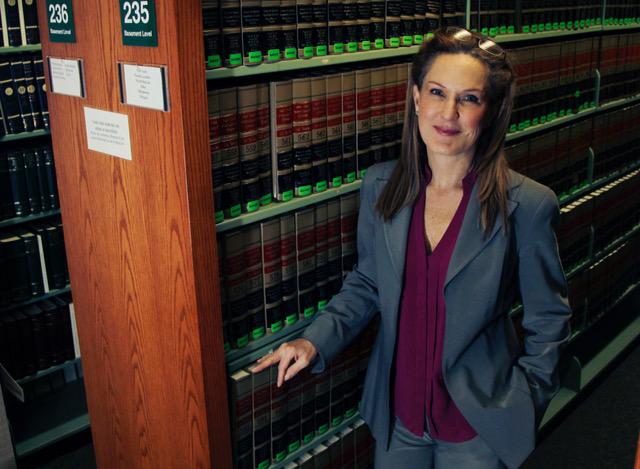 Wendy Murphy is an impact litigator specializing in constitutional and civil rights for women and children. She directs the Women’s and Children’s Advocacy Project at New England Law | Boston where she has been teaching a seminar on sexual violence law for 20 years. She filed the first lawsuit in the US to validate the Equal Rights Amendment in January 2020 In US District Court in Massachusetts.