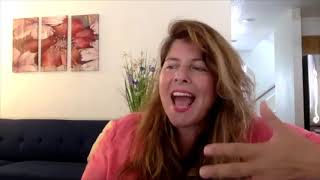 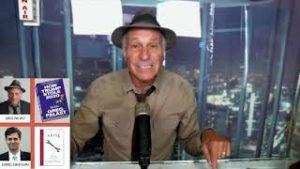 Daily Clout thanks Nicole Powers for her tireless efforts to edit and produce this transcript.

Author and former political advisor to Al Gore and Bill Clinton, Dr Naomi Wolf talks to Daniel G. Newman (author of Unrig: How To Fix Our Broken Democracy) and Greg Palast (How Trump Stole 2020: The Hunt For America’s Vanished Voters) about the challenges voters — and the very institution of democracy in the U.S. — face in the upcoming election. Both books “hold the key to what we can actually do to save the vote, save the election, and save democracy,” says Wolf, who moderates a discussion that is essential pre-election viewing.

NW: Reregister. Got it. And how about you? This is so terrifying. How about you Daniel Newman? What is the scariest thing that you’re trying to sound the alarm about out of all the many scary things you identify in Unrig?

DN: I think one is the fact that there is going to be unprecedented amounts of mail-in voting, further because of the reasons that Greg said, like standing in line as a health hazard, and you can vote from home. I should say that the rules here matter, like these little intricacies. Does it have to be the same envelope? And is it postage paid? And how long in advance do you have to get it? And does the state send it out [automatically]? All of these things. They seem like small technical things, but often times these elections turn on very small margins as we’ve seen over and over. So the states that do this the best, they just have the voter in mind. They’re like, let’s make it easy for the voter to follow the rules because the rules are easy to follow. Then you have the states on the other side of that that try and make them really restrictive. So given that there’s going to be this flood of mail-in ballots, many states are just not going to be used to this level of mail-in activity. And so it’s very likely that the final winner of the presidential election, as well as other lower down ticket elections, will not be known on Election Day. And we, as a country, are kind of conditioned like… Let’s get the election night counted. Let’s get [the results] out quickly. The concern is that the President is going to try to delegitimize ballots that were perfectly legitimately cast. I say this not out of speculation, really, but because he has already done that. Like in the midterm election, when the Republicans were ahead, he said, well, let’s stop the count now, which is completely bogus. So my message to individuals is let’s set expectations as widely as we can that we are going to do a careful count, and there’s not going to be instant knowledge of who won and what the final vote totals are. And we have to make sure that the officials have the public support to actually do the count in a thorough way.

GP: Let me just add something… Keep in mind, one of the nasty little secrets of American voting is that we don’t count a lot of ballots. A lot of ballots are simply never counted. For example, 935,000 — just short of a million — provisional ballots were challenged and not counted. We had 600,000 ballots challenged, most of them mail-in votes, because someone said that the signature doesn’t match the registration signature. You have to sign your ballot, and if you’ve signed it in a way that’s different from the registration signature [it can be disqualified]. I was just asked, what type of expertise do people have to challenge your signature? The expertise is they’re Republicans. That’s it. In other words, they just say, I don’t like that signature.

Jill Stein paid for a recount, and what we called the recount inn fact was counting those ballots that were never counted in the first place. 75,000 ballots with a marvelous machine called the human eyeball. Because, you know, we can see when the machines broke down in Detroit and couldn’t count the ballots, the human eyeball can. Donald Trump sued to stop that count. But in the meantime, and here’s what I’m talking about, get ready for November… GOP lawyers and GOP poll watchers, when they were counting those ballots, challenged virtually every single Hillary vote. They said, whatever it was, challenge, challenge, challenge. The Democratic Party did not challenge a Trump vote. They didn’t even challenge the challenge. So we, ourselves, are going to have to take control.

If you’re young and you’re healthy, volunteer as a poll watcher, volunteer as a poll worker. We have to make sure that the challenge is challenged because Trump’s got an army he’s going to put together, a vigilante force of 50,000. And while many people are concerned that this force is there to intimidate voters. I’m not. I don’t think they’re going to intimidate anyone. That is, I don’t know any voters that I’ve met that will be intimidated by these schmucks in Hawaiian shirts. But what they can do, the Boogaloo Boys and the Proud Boys and the Three Percenters and the Oath Keepers and the whole Alex Jones crowd too, they’re going to walk in and start challenging every single ballot. 100,000 people lost their vote because of postage due. Eight states require that you have a witness signature. In Alabama, it’s two witness signatures, or you have to notarize your ballot. So learn all the rules and get ready to challenge the challenge.

NW: I have to share the way it was making me feel when both of you were describing, I think very plausibly and if anything I think you’re being gentle with the audience, because you’re right to say get ready for November. It’s going to be a melee. And what you’ve just described, challengers challenging the challenges — how can that end? I mean, God forbid, it’s such a tinderbox to erupt in violence, right? Especially with the kind of militarized policing we’ve seen in Portland in addition to these militias.

GP: Let me ask, Daniel, do you expect violence? I do.

DN: It’s really hard to say. I’m not really one for prediction in such an unpredictable time that we’re in. I think that there was this great report that just came out from the Transition Integrity Project where they did a simulation of all the complexities of the election and what the different actors might do. They found that actually, the winning strategy was to goad the other side into being violent… In these scenarios, you have Trump and his supporters trying to goad the Democrats into having violent street protests, and then Trump looks like the candidate of law and order.

I think one of the intricacies though, is that we don’t want to wait until after the election has happened. I mean, how many people were complacent four years ago, right? Hillary Clinton is going to win, do we need to push, push, push? But then when Trump ended up winning the presidency, you had $9 million raised for Jill Stein, as you mentioned…

I think you’re exactly right, Greg, now is the time to focus. And when we think about John Lewis, who recently passed away… Who said of the Supreme Court majority, Republican appointed, and the roll back of voting rights. He said, these men never lost their farms. They were never beaten or jailed. No one they knew were killed simply for trying to register to vote. This is the legacy in America of violence to prevent people from having the vote. And so here we are, fortunately, violence free. We have the freedom to actually take the steps you’re talking about Greg, spread the word about how we have to protect the vote and be patient in the counting of the election. So there’s a lot we can do here.

NW: Absolutely. I just want to chime in and say what I wanted to foreground is this warning I hear from both of you, be patient, that we have to let people know going into this that it’s a marathon, not a sprint. As you said, it’s not going to be resolved. We’re not going to have that ritual of going to sleep the night before and waking up with a new president, probably. Right? And the reason my heart is sinking is that I’m having a traumatic memory of 2000 where I was advising Gore as a consultant for Gore 2000 and the hellish unfolding of actually democracy in action. People counting the vote, counting the vote, and suddenly the Right was so able to preempt people’s patience with beating the drum, saying sore loser. What are you waiting for? The hanging chads… You say that these guys in Hawaiian shirts aren’t gonna intimidate anyone. Those guys in buttoned down Oxford shirts that materialized out of nowhere in Florida in 2000 did take us back. We were much less used to intimidating groups of men standing around polling places…

GP: Well, actually, this is very interesting. Let me bring people a little bit into that story… I’m very concerned that Roger Stone has been let out of prison… because you’re letting a wild animal out of prison. He’s the guy that organized what was called the Gucci Riot. You had all these consultants, like you said, in button-down Oxford shirts, screaming, hollering, banging windows, creating complete mayhem in the Miami-Dade County Clerk’s Office to stop people from counting the ballots, just like in Michigan. Well, there they just used legal challenges. Because in Florida, just the same thing, they were looking at the ballots. The human eyeball can read votes that machines were kicking out. By the way, 179,000 ballots were rejected — rejected — in the 2000 race. 179,000 ballots. We talk about hanging chads. What is a hanging Chad? It’s just a piece of cardboard that’s stuck to the back of a punch out ballot. Someone tried to vote and they denied them their vote, [refused to count] that vote because somewhere on that piece of cardboard there’s a little piece of cardboard hanging on the back. You know who that person voted for. They punched a hole.