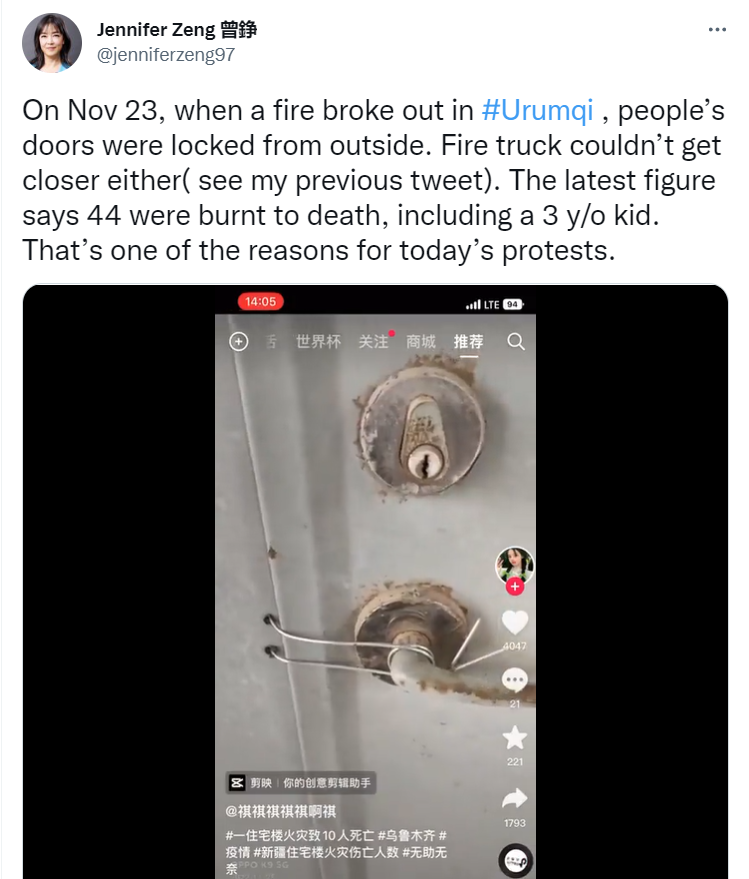 On November 23rd a fire broke out in Urumqi’s Jixiang Yuan district in an apartment complex. Because of the Chinese COVID lockdown, it is claimed the doors to the building were locked from the outside; people could not escape.  Jennifer Zeng has been documenting the story on Twitter.

Fire trucks were not permitted to get close enough to the building and the people locked inside could not escape.

Chinese media initially said 10 people were killed; however, it was widely believed the death toll exceeds that number with a 3-year-old included.  The current death toll stands at 44 victims.

This horrific event seems to have become the inflection point for a large uprising against the Chinese Communist Party and the continual COVID lockdown rules.