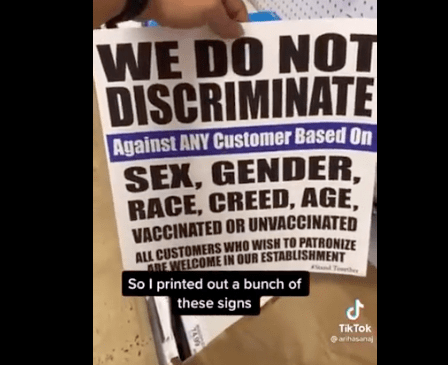 Did you know September 17 is “Constitution Day” the “birthday” of the United States government. Every September 17th, America commemorates the ratification of the U.S. Constitution.

Among the 39 Founding Fathers who signed that historic text in 1787 were George Washington, Thomas Jefferson, Alexander Hamilton, James Madison and Benjamin Franklin. The delegates to the Constitutional Convention attached their names to America’s second founding document, which begins with these words:

We the People of the United States, in Order to form a more perfect Union, establish Justice, insure domestic Tranquility, provide for the common defence, promote the general Welfare, and secure the Blessings of Liberty to ourselves and our Posterity, do ordain and establish this Constitution for the United States of America.

The website ConstitutionDay·com encourages patriots to celebrate today “through activities, learning, parades and demonstrations of our Love for the United State of America and the Blessings of Freedom Our Founding Fathers secured for us.”

As government health officials ramp up demands for COVID vaccine mandates, people of all nations are returning to their roots, tapping into their own ingenuity and fighting to restore power to the people where it belongs.

Over the last several weeks, hundreds of thousands of protestors worldwide have taken to the streets to protest vaccination mandates and medical segregation.

In New York City, hopeful signs are popping up at business establishments throughout the five boroughs thanks in large part to a small, determined group of business owners.

The inspiration behind the now viral ‘sign spree’ started with Rocco’s Paticerria and Caffe in Bay Ridge, Brooklyn. They were the first to post the sign, in early August, promising inclusion to all patrons, after New York Mayor Bill de Blasio announced the “Key to NYC,” a plan requiring diners to show proof of COVID vaccination.

Other business owners quickly recognized de Blasio’s “key” would unleash a host of civil rights and privacy issues, and began to posting the same sign in protest.

A group of restaurant owners and small businesses have since teamed up to sue de Blasio over the city-wide order.

At a recent NYC protest, Rob DeLuca, DeLuca’s Italian Restaurant owner and co-founder of Independent Restaurant Owners Association Rescue, asserted, “It is not our responsibility to do the city’s dirty work. We are not the gestapo. We are not the COVID police. We are here to make pasta a serve drinks.”

“To put up a sign saying only vaccinated people can enter is segregating people.

‘It would be like changing the words vaccinated and unvaccinated to black and white, or Muslim and Catholic, or gay or heterosexual.

‘[De Blasio] is segregating people – it’s the same as him saying you can’t let a gay person in your business.’

A number of city and state officials also joined in, calling for an immediate reversal of this “unfair directive.”

In a letter to de Blasio, Rep. Nicole Malliotakis, Sen. Andrew Lanza and others wrote:

“Coercing anyone into any form of treatment violates every principle of medical ethics and informed consent. No one – no New Yorker – should be forced out of society on such a basis.”

In March, then Gov. Andrew Cuomo announced New York had partnered with IBM to launch the Excelsior Pass, a digital health pass that would use IBM’s own blockchain technology and allow organizations and businesses to verify a person’s health credentials based on criteria determined by an organization, state or business.

With every contribution, every demonstration, every courageous whistleblower, every new study and proposed solution, it has also grown into a global labor of love. Change is happening and you can become a part of it.

If you would like to know more about how you can participate, please visit this page on CHD’s website for educational resources and tools to fight mandates.

Meditation and the Art of War

Rounding the Earth Newsletter
Meditation and the Art of War
“I never let schooling interfere with my education.” Mark Twain If you’ve never read Sun Tzu’s The Art of War, you’ve surely seen it quoted. Maybe you’ve seen it on a shelf at the bookstore. Why have generals like Douglas MacArthur and Colin Powell, not to mention intelligence officials and business moguls, consistently praise the 2,500 Chinese relic in ……

“I never let schooling interfere with my education.” Mark Twain

Good of the government social obedience

The Origins of the American Public Education System: Horace Mann & the Prussian Model of Obedience

Every good American high school graduate and media consumer knows that meditation is that thing people in Asia do that makes them superior. Learning transcendental meditation from Maharishi Mahesh Yogi is probably what made the Beatles so cool. Is ‘meditation’ from sanskrit?

Hold on there, young’un. This is exactly where your education went wrong. To begin with, the word “meditate” comes from the Latin meditari, passed through Old French and pretty much every other proto-European language. The definitions of verb and noun forms include thinking, contemplation, thought, idea, planning, devising, preparation, intention, exercise/practice, study, rehearsal, custom, and habit. And before Latin, there were other words that existed in every language of every civilization, and likely most every tribe that survived more than a generation or two.

Sounds sort of like…education, don’t it?

Better: self-guided education. Self-design. To meditate is to be human, as in free to pursue learning about one’s own interests. There are many forms of meditation, and some noteworthy forms specify abandoning one’s [selfish] interests, but perhaps that is a game theoretic lesson for another day. I may not fully understand divine enlightenment, but I’m positive that I can’t fit it into one article. What I do know is that the only way for humans to share this glorious space together is for there to be more than one self-guided human left.

Through the Prussian factory schooling model, most students largely stop thinking for themselves. Self-guidance is punished by those who tell you they love you as they beat you. It’s the worst form of gas lighting. The students stop thinking that thinking is for them as a matter of self-preservation—to avoid traumatic dissociation. They learn to work at the behest of, and depend on, authorities. They are molded either in the image of the corporate army, or as consumers. The technocrats in Big Tech craft ever-more-precise levers to direct the human botnets handed to them by the system of public education. And that’s why social media, like public schools, remain free of charge. Everyone inside is part of the product.

Tessa Fights Robots
Yes, We Do Have Soul Authority
This story is about the dance between the soul authority and the machine authority. It is about unobstructed joy, as well as control and hunger. It’s also about the longing of a child to leave an imprint on the world and be recognized for it. It is a little bit personal to me because… well, you’ll see…

Disguised in the democratic language of “enlightenment” and “progressivism”, the Prussian model made its way around the world. Through Horace Mann and a cadre of America’s biggest oligarchs, the Prussian model gradually became the American model over a few decades, and in time also made its way to Japan. Is it any wonder that where factory-model obedience training went, the nations that dominated the Great War evolved?

Following WW1, a broken German nation of productive if directionless drones, in need of a programmer, fell into the hands of the dynamic Adolf Hitler. Though we’re taught that Hitler was a painter, the young film buff sought a career in acting where perhaps he learned to hack into audiences in need of a program. He cultivated friendships with directors and other actors whose crafts laid the groundwork for the inventively evil propaganda machine with which the Nazi Party disguised its murderous conquest.

Perhaps the only possible result of deprogramming and reprogramming children is that they grow up to fall in behind whatever authority figure best controls the primary means of mass communication.

That Could Never Happen to Us

Can you imagine doctors telling people to stay home during a pandemic using no medicine at all until they get sicker despite hundreds of scientific studies pointing to an array of options of varying positive efficacy?

Saving people’s lives in 20+ countries including Japan, El Salvador, Mexico, India and some people in the USA despite censorship, bans and suppression

Can you imagine public perception of medicine turning violently partisan prior to any trials reaching conclusions?

Can you imagine trusting a World Health Organization (WHO) not run by a doctor, but by a Marxist revolutionary?

Can you imagine any scientist or doctor looking at the design of the WHO experimental treatment protocols and concluding that those trials concluded anything about the optimal use of medicine?

Can you imagine that the Surgisphere paper managed to fool all the world’s public health experts?

Can you imagine the founder of one of the world’s top medical research institutes not recognizing the conclusion of a paper stating the exact opposite result of the data?

Can you imagine a nonsense paper becoming one of the most influential during the entire pandemic without one single statistician or mathematician pointing out that it’s nonsense?

Can you imagine a paper with so many wrong and seemingly made-up numbers jumping off the page getting published? And still not retracted?

Can you imagine all of this nonsense and all of that nonsense happening without the sophisticated mass programming of a large population?

Can you imagine thinking that during a busy pandemic that doctors have time to figure out how to use an antiquated and notorious clunky database to the point that data is not substantially underreported?

Can you imagine thinking that statistics that mute each other are more important than sheer magnitude of numbers when it comes to pharmacovigilance?

Can you imagine American medical authorities using the Nuremberg Code as toilet paper?

The problem is that either you either missed it (falsely projecting your agency and sanity onto others) or else were too outnumbered to even talk about it. Directed insanity is precisely the result of our education system. It’s a feature, not a bug. And the worst part about it is that the only people allowed in on the game are the willing tools of the Kunlangeta.

When It All Breaks Down, Who’s Going to Fix It?

Make no mistake, totalitarian control or not, the system breaks eventually. The focus on asymmetric technologies of domination comes at the expense of economic growth. Chile found out quickly. The Soviets found out slowly. The Sino-American-corporate triad, however one might describe it, will leave a crater where it lands. But fall it will. The days of the dollar will come to an end. When it does, there will be a lot of feral drones let loose on the world. Perhaps that will be humanity’s doom?

Not likely. So long as some people remain who can teach their children to meditate—to learn—a wealthier, more productive, and more free civilization will rise in the ashes of the old empire. How you participate in that is your choice.

But this isn’t just another red pill moment. It’s a collective action moment. A network will achieve more survivors than preppers in glorified backyard tin cans dotting the landscape. 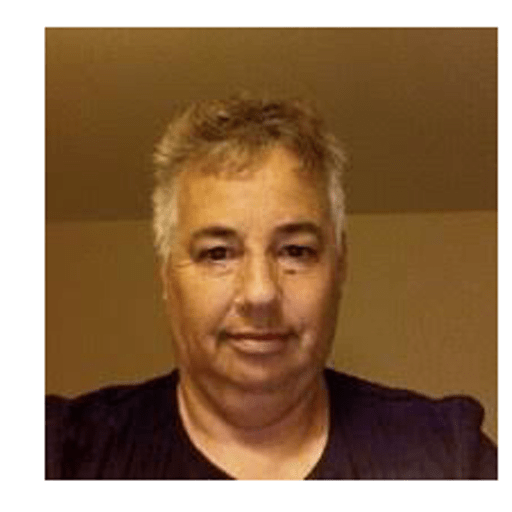