CITIZENS’ CORNER: [OPINION]- Elimination of crude oil is like jumping out of an airplane without a parachute 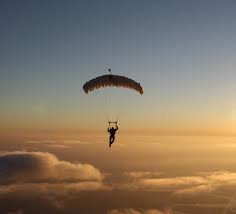 Elimination of crude oil is like jumping out of an airplane without a parachute–Without a safety net to replace all the products and fuels manufactured from crude oil, efforts to cease the
use of oil could be the greatest threat to civilization, as “clean electricity” from breezes and sunshine cannot manufacture anything, as they just generate electricity.

The world, and the Intergovernmental Panel on Climate Change (IPCC) are proposing banishment of
fossil fuels and are focused on reducing emissions from fossil fuels at any costs, but a safety net of having
a viable replacement should be in place before we jump off that cliff.
Banning oil imports, fracking, and ceasing oil production to focus on the symbolic renewable energy as
the fossil fuels replacement is fooling ourselves as that “clean energy” is only electricity generated from
breezes and sunshine.

Before the healthy and wealthy countries abandon all crude oil fracking and exploration that will
eliminate the supply chain to refineries and put an end to that manufacturing sector, we should have a
safety net to live without the crude oil fuels and derivatives that are manufactured from that energy
source. Without any clones to access everything we get from crude oil; the termination of its use could be
the greatest threat to civilization. The more than 6,000 products including asphalt roofing, asphalt roads, fertilizers, and all the products in hospitals that come from the derivatives manufactured from crude oil are more important than the various fuels to the world to operate planes, trucks, militaries, construction equipment, merchant ships, cruise ships, and automobiles.

Electricity alone can recharge your iPhones and EV batteries, but wind turbines and solar panels cannot
manufacture the derivatives that are needed to make the parts of those iPhones and Tesla’s and the
components in solar panels, wind turbines, and automobiles. Reliance on intermittent electricity from breezes and sunshine is unfathomable as electricity by itself is unable to support the prolific growth rates of the military, airlines, cruise ships, supertankers, container shipping, trucking infrastructures, and the medical industry that is already about 90 percent dependent for the products from petroleum, to meet the demands of the exploding world population.

Only healthy and wealthy countries like the USA, Germany, Australia, and the UK can subsidize
electricity generation from breezes and sunshine, and then, its only intermittent electricity at best. The 80 percent of the 8 billion on earth living on less than $10 a day cannot subsidize themselves out of a paper bag. Those poorer countries must rely on affordable and abundant coal for reliable electricity, while residents in the healthy and wealthier countries pay dearly for those subsidies with some of the highest costs for electricity in the world. Before the healthier and wealthier countries ceases all oil production, they need to focus on an answer to what safety parachute exists to replace what we get from crude oil.

Before the 1900’s we had NONE of the 6,000 products from oil and petroleum
products. By ceasing oil production and fracking, the supply chain to refineries will be
severed and there will no need for those manufacturing refineries.
Without refineries we would be terminating the manufacturing of the derivatives that
make the thousands of products used in our daily lives and terminating the manufacturing
of the various fuels for transportation infrastructures and the military.
Without crude oil, the world would be in desperate need for “clones” to those oil
derivatives that provide the thousands of products from petroleum that are essential to our
medical industry, electronics, communications, transportation infrastructure, our
electricity generation, our cooling, heating, manufacturing, and agriculture—indeed,
virtually every aspect of our daily lives and lifestyles.
The world has had more than 100 years to develop clones or generics to replace the crude
oil derivatives. Without replacements for those derivatives manufactured from crude oil,
there will be gigantic reductions in living standards of the population in the so-called
industrial countries, and any attempt to develop the colonial countries would come to a
dead stop.
The “green” preachers have yet to promote the need for clones to the oil derivatives that
are the basis of billionaire’s lifestyles and worldwide economies.
Wind turbines and solar panels are not only incapable of manufacturing any such
derivatives, but the manufacturing of the components for wind and solar are themselves
100 percent dependent on the derivatives made from crude oil, the same crude oil that the
world wants to eliminate from our economies.

Energy is more than electricity from breezes and sunshine. Electricity by itself cannot provide the
thousands of products from petroleum that are essential to our medical industry, transportation
infrastructure, our electricity generation, our cooling, heating, manufacturing, and agriculture—indeed,
virtually every aspect of our daily lives and lifestyles. Nor can electricity alone, support the military,
airlines, cruise ships, supertankers, container shipping, and trucking infrastructures.
The greatest threat to civilization would be from the elimination of crude oil as that commodity is
manufactured into the oil derivatives and transportation fuels that can bring the poor out of poverty and
are the reasons, we have healthy and wealthy developed countries. Going cold turkey to electricity from
breezes and sunshine is not the wisest move without a safety net to rely upon that can support worldwide
lifestyles and economies as we now know it. 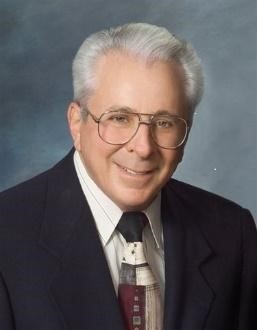