CITIZENS’ CORNER:[Op-Ed] “Fossil Fuels are the Basis of the Medical industry and Food supply chains” 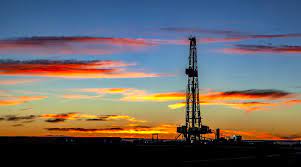 derivatives that support the 8 billion on this planet.

Under Biden’s plan to rid America of fossil fuels, such a plan would eliminate the medical industry that
is totally reliant on the products made from petroleum derivatives, and eliminate oil-based fertilizers to
grow the crops that feed the 8 billion on planet earth. Surprisingly, Biden must be oblivious to the
consequences of his plan as efforts to cease the use of oil could be the greatest threat to civilization,
not climate change. Biden supports the end of fracking, oil exploration, and oil importing which cuts off the supply chain of crude oil to refineries. Without any crude oil to manufacture, elimination of the supply chain to the 131 operating refineries in the U.S. would eliminate that manufacturing sector.

Without refineries there will be none of the oil derivatives that are manufactured from crude oil that are
the basis of more than 6,000 products in our economy and lifestyles.

Without the supply chain of crude oil, not only is the refining industry history, but the domino effects are
the destructive impacts on the medical, food supply, electronics, and communications industries as they
are all totally dependent on the products made from oil derivatives manufactured from crude oil.  Any
grade school educated kid can understand that breezes and sunshine, can only make weather-dependent intermittent electricity.

The medical industry is reliant on the products derived from the derivatives manufactured from oil that
produce all the critical medical equipment like ultrasound systems, defibrillators, exhalation valves,
inhalation valves, CT systems, X-ray, medicines, masks, gloves, soap and hand sanitizers for hospitals,
and protective gowns, gloves and face shields gear for doctors and nurses.

Is Biden oblivious to the fact that all those medical products begin from crude oil, or as the Wall Street
Journal states – Big Oil to the Coronavirus Rescue? Vaccines need refrigeration, and refrigeration need
electricity, especially in the hospital sector where redundant generation capacity for continuous
uninterruptible electricity is a mandate.

While Biden attempts to lower emissions at any cost, in favor of some weather-dependent electricity from breezes and sunshine that can only survive with massive subsidies, coal imports and exports continue to increase internationally to meet the electricity generation needs of developing countries as reflected in the Merrill Lynch Global Energy Weekly report.

At least 80 percent of humanity, or more than 6 billion in this world cannot subsidize themselves out of
a paper bag as they are living on less than $10 a day. To reduce emissions in the developing countries
that control most emissions, the wealthy countries would need to step up and subsidize electricity
generation from breezes and sunshine, to replace more than 3,000 coal fired power plants in developing countries like China, India, Indonesia, Japan, Africa, and Vietnam with billions of people seeking
affordable electricity.

The oil that reduced infant mortality, extended longevity to more than 80+ and allowed the world to populate to from 1 to 8 billion in less than 200 short years, is now required to provide the food, medical, communications, and transportation infrastructures to maintain and grow that population. A key question for President Biden before America attends the Intergovernmental Panel on Climate Change (IPCC) Conference in Glasgow, Scotland in November:

-How dare pro-humanity individuals and governments support banishment of fossil fuels, when
their banishment would be the greatest threat to civilization resulting in billions dying from
starvation, diseases, and weather-related deaths?

Getting-off-fossil fuels would reverse most of the progress humanity has made over the last few centuries. The inventions of the automobile, airplane, and the use of petroleum in the early 1900’s led us into the Industrial Revolution and victories in World Wars I and II. The healthier and wealthier countries of today now have more than 6,000 products that did not exist a few hundred years ago, all manufactured from fossil fuels, the same fossil fuels that Biden wants to eliminate.

Under Biden’s plan to rid American lifestyles and economies of fossil fuels, such a plan would ground the military, space program, and Air Force 1. It would also mothball the huge energy demands of airlines, cruise ships and merchant ships, as well as eliminate the medical industry, electronics industry, and the communications industry that are totally reliant on the 6,000 products made from petroleum derivatives.

The first use of oil-based fertilizers took place in 1946, and today our food supply is dependent on
hydrocarbons. The world’s population of 8 billion souls depends on oil-based fertilizers to grow the crops and feed the animals that are consumed each year. Any cessation of hydrocarbons will immediately result in the annihilation of billions of souls, returning the globe to a 1950 population count of approximately 2.5 billion souls.

How can a pro-humanity President Biden support COVID injections to save thousands of lives, and
simultaneously support ridding the world of fossil fuels that would be the greatest threat to civilization
resulting in billions dying from starvation, diseases, and weather-related deaths?