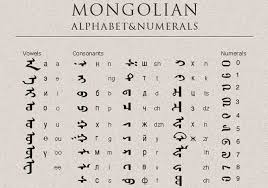 Currently, a major cultural genocide is taking place in the Inner Mongolia Autonomous Region (IMAR) of China: the Chinese government wants to eradicate the Mongolian language.

The Chinese Communist Party (CCP) regime has decided to implement a new “bilingual education” system in all primary and secondary schools in the IMAR starting from September this year. From the first grade onwards, Chinese language will become the main language of learning and will be used to teach numerous subjects that used to be taught in the Mongolian language. By 2025, all subjects in primary and secondary schools in the IMAR will be taught in Chinese. This approach, which denies minority linguistic rights, has already been in place in Tibet and Xinjiang Uygur Autonomous Region.

Since July 2020, when citizens began to be aware of this policy, intellectuals in IMAR and abroad as well as people from all walks of life have signed a petition to the CCP regime against this language policy, but they have received no reply. It was not until the end of August, when the Chinese authorities finally issued the details of the policy, that most parents of Mongolian students started to pay attention to the issue. Since August 27, nearly 60,000 students and parents from 12 schools in Tongliao City, and nearly 20,000 students and parents from 4 schools in Ulanhot City, both densely populated strongholds for the Mongolian language, have gathered to protest.

But the Chinese authorities are disregarding public opinion. Most of the schools have been ordered not to allow boarding students to return home despite requests by their parents, and forcefully confine the students inside the schools. A 10-year-old 5th grader of Sheberto Elementary School in Tongliao committed suicide because he witnessed armed police beating his mother who was trying to take him home. Some Mongolian cadres, such as Surnaa, from the Alashan League Party Committee, have also been driven to suicide by their grief and anger.

In addition, the Chinese authorities have issued directives to Mongolian government officials, employees and teachers who have children of school age that they must support the government by sending their children to school if they want to keep their jobs. Many Mongolians have had to send their children back to school in tears, and some of them have had to resign and lose their jobs.

To assist its language policy, the Chinese authorities are taking measures to close down the WeChat group of Mongolians on a large scale and any other virtual public squares used by Mongolians. The police issue arrest warrants for more than 100 people who participated in the peace petition, and given tight security surveillance in the region, it is likely that they have been taken into custody.

In the central and western part of Inner Mongolia, mainly in Xilinguole League, Hohhot City, Ordos, Bayannur, and Alashan, most parents are protesting by not sending their children to school. At the same time, tens of thousands of Mongolians from all walks of life, including government officials, teachers, and workers, have signed a petition to “oppose sinicization of education” and demanded that the government restore the former system, which is mainly in their mother tongue.

Now, the situation in IMAR is deteriorating dramatically.  Police, acting on orders from the Chinese government, not only arrest students, but also forcibly confine them to schools. While schools should be a place to transmit knowledge and culture, they have thus become prisons for Mongolian children. Many Mongolian university students and some secondary school students have gone on hunger strikes in desperation.

The Universal Declaration of Linguistic Rights, adopted in October 1987, regards the right to a mother tongue as a fundamental human right of the individual, stating that “every child has the right to learn the language of his or her own ethnic group.” The right to learn one’s own language is one of the most basic rights of human beings, and it can be seen as a set of obligations that the authorities should fulfill. However, in today’s Inner Mongolia, the 5 million Mongolian people are in danger of being deprived of their mother tongue education and losing their language rights.

China’s language policy also violates the provisions of the Constitution of China on the equality of languages among all nationalities. People are afraid of a repetition of policies deployed during the Cultural Revolution (1966-1976). This policy against the Mongolian language, if allowed to continue, will escalate already tense ethnic conflicts. It is, in essence, a cultural war by the CCP to destroy Mongolian culture, and, by paving the way for Chinese linguistic hegemony, to eradicate Mongolian identity from what the CCP calls “Inner Mongolia.”

The assault on Mongolian language and culture is underreported by the international media, and therefore less well-known internationally than what is happening to China’s other minorities in Xinjiang and Tibet. Nonetheless, what happens in Inner (or Southern) Mongolia is also a cultural genocide — the CCP’s attempt to destroy a proud culture in the name of “Sinicization.” It should not be ignored.

Spread the love
Spread the love
Previous StoryGinsburg’s Legacy Is Vast, But a Trump Appointee Could Overturn Her Best Rulings
Next StoryNew Report: Wisconsin “Movers” Voter Purge List Errors — 39,722 Face Loss of Vote for Moving Despite not Having Moved