83% of Voters Affirm Self-Defense Principles of SCOTUS 2A Decision 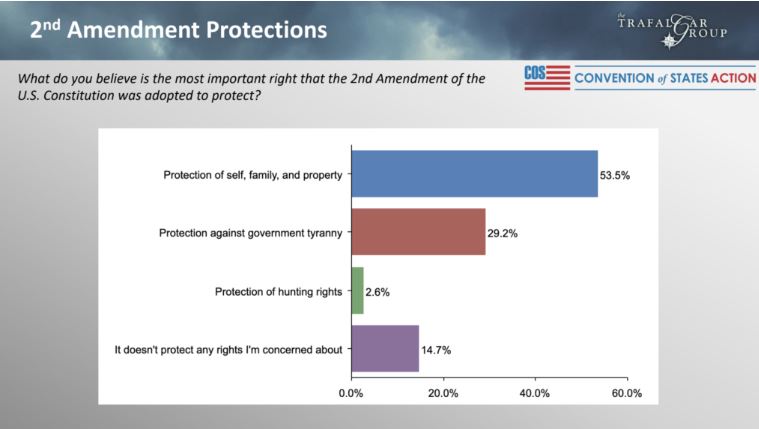 83% of Voters Affirm Self-Defense Principles of SCOTUS 2A Decision

“The Supreme Court’s landmark ruling on the 2nd Amendment underscores what Americans already know–that the 2nd Amendment fundamentally exists to afford citizens the right to self-defense. Our data shows that an overwhelming majority of voters agree with the self-defense principle outlined in this decision,” said Mark Meckler, President of Convention of States Action. “As violence increases in our cities and public shootings continue, politicians should be looking for ways to empower good citizens to protect our streets, cities, towns, schools, and churches, rather than the counter-productive gun grab Congress is currently moving forward with. Remember, November is coming.”

For complete details on the poll, including graphics, please visit:

KEY INSIGHT: Large Majority of Voters Say the 2nd Amendment Exists to Protect Right of Self Defense and Against Government Tyranny